How does a mortgage work?

If you’re going to have a mortgage, it’s probably a good idea to understand what, exactly, that is. If you learn a little bit about the history of mortgages, not only will you come to appreciate the process, but you’ll look super smart in front of your friends at your housewarming party.

What is a mortgage?

In plain english, a mortgage is a loan used to buy property. The amount of the loan is usually a fraction of the total property value. To make the loan less risky for the lender, the loan is tied to the property itself – if the loan goes unpaid, the lender takes ownership of the property, which they can sell to cover the debt.

Mortgage – n. – A debt instrument, secured by the collateral of specified real estate property, that the borrower is obliged to pay back with a predetermined set of payments.

Where do mortgages come from?

Mortgages have been around in some form or another for a ridiculously long time. Like two millennia. Buying a home with all cash has always been difficult apparently.

Fordham University has some ancient documents from Mesopotamia in their archive which show written mortgage contracts as early as 611 B.C. My favorite ancient mortgage (how’s that for a nerdy sentence?) is this one –

The rate of interest in this case was thirteen and one-third per cent.

One mana of money, a sum belonging to Dan-Marduk, son of Apla, son of the Dagger-wearer, (is loaned) unto Kudurru, son of Iqisha-apla, son of Egibi. Yearly the amount of the mana shall increase its sum by eight shekels of money. Whatever he has in city or country, as much as it may be, is pledged to Dan-Marduk. (The date is) Babylon, Adar fourth, in Nebuchadnezzar’s sixth year.

I love this because the guy lending the money was legally referred to as “son of the Dagger-wearer.” Apparently lending money was a family business. How many people didn’t pay up before someone earns a name like that?

Moving forward a couple thousand years, American mortgages lacked daggers, but they were still pretty rough up until the 1930’s.

Prior to the Great Depression, lenders required at least 50% of the purchase price in cash upfront to buy property (this is called a down payment). Borrowers would need to save a sizable amount to even consider purchasing real estate. Once you had your 50% down payment, you would pay just the interest on the loan every month. Loans carried variable interest rates, so your monthly payment would fluctuate depending on the market, which would make budgeting difficult. These loans were made over a 5 to 10 year period, and the entire loan amount was due at the end of the term. That means after putting 50% of the price down upfront, you had to pay the other 50% in a lump sum at the end of the loan – and that’s on top of your monthly payments!

Let’s see what these payments would look like with modern home prices. For our example, we’ll use the interest rate from an Illinois bank in 1929 –

Because of the massive payment due at the end, borrowers were basically forced to get a new loan to replace the old one. This is called refinancing your loan. If the borrower didn’t have the cash, and couldn’t refinance, the banks foreclose – meaning they would seize and sell the home to pay off the debt.

In the early 1930’s, in the heart of the Great Depression, things changed. Like almost every other asset, home values took a nosedive, some declining as much as 50%. The volatility in the market spooked lenders, making it nearly impossible for borrowers to refinance their debt. Few borrowers had the cash to cover the loan when it ended, leading to a wave of foreclosures in the U.S. – something like 250,000 homes per year between 1931 and 1935. At it’s worse, 1 in 10 homes in the U.S. were in foreclosure.

This was the definition of a crisis, so as part of FDR’s New Deal, the government took action. It created three agencies whose goals were to stabilize the markets (two of those agencies, FNMA & FHA, still exist today, but we’ll get there).

These new entities bought the mortgage debt from the banks, drastically changed the lengths of the loans so that people could pay them, and then worked with borrowers to help them keep their homes. These loans now had fixed rates, longer terms (20 years), and were fully amortized – instead of paying the entire principal balance of the loan at the end of the term, borrowers would pay incrementally over time. The modern mortgage was born.

How do mortgages work?

The biggest thing you need to know is that the modern mortgage is actually a piece of paper. Well, a bunch of pieces, but it’s paper nonetheless. It basically says “The Borrower will pay this money back, otherwise the Lender can take control of the house, sell it, and collect their money.” That piece of paper is called a “debt instrument.” Because that debt is secured by the home, a physical thing that can be bought and sold (also called a tangible asset) the debt is “asset-backed” and ultimately considered less risky.

There are a few key players we need to know to fully understand how mortgages work. They are –

Is this confusing? Absolutely. But at some point, as a borrower, you will interact with every one of these groups, so it’s worth knowing.

Who gives me a mortgage?

When the time comes, you’ll go to a lender to get a mortgage. This may be your bank, where you hold your checking and savings accounts. Or maybe you’re part of a credit union and go there. It may be a mortgage bank that has really good interest rates or specializes in doing a certain type of loan. Regardless, being the financially savvy consumer you are, you’ll shop around for your loan (we’ll cover shopping for a mortgage later in this guide.) Eventually, you’ll talk to a salesperson from these companies – called a Loan Officer or Mortgage Broker. These roles actually differ a bit, but for simplicity’s sake, let’s just lump all these salespeople together under the term Loan Officers.

Like any salespeople, Loan Officers vary widely. Some are great, knowledgeable, and have your best interests in mind. They’re focused on building long-term customers. Others are awful – they aren’t experts, they may not understand the products they’re selling, and all they care about is getting their commission. The CFPB has an entire section of their website dedicated to people like this. They should be avoided at all costs. Researching your mortgage lender, and your loan officer, is incredibly important. Reading this guide will make you a force to be reckoned with – when you’re done here, you’ll smell a bad loan officer from a mile away.

You can enter your information below to find a mortgage lender and check your rate with a loan officer.

For most, buying a home is the biggest transaction they’ll do in their lifetime. With all the different players, and all the factors that go into getting a loan, educating yourself prior to talking to a salesperson is key. Independently confirming what salespeople tell you is even more important.

Here Are the Basics That a Home Warranty Covers

Co-borrower vs. Co-signer – What’s the difference?

What is the PITI payment?

What credit score do I need to buy a house?

Mortgage Underwriting: What is it and how long does it take?

How does a reverse mortgage work?

What is a reverse mortgage?

17 reverse mortgage facts you should know

Mortgage Interest Rate vs APR – What is the difference?

How to put an offer on a house

Pre-qualify vs Pre-approval: What’s the difference?

Am I ready to buy a house? 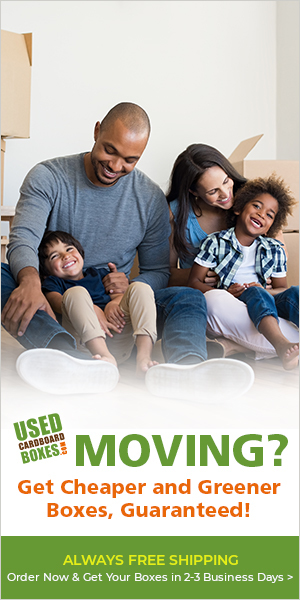